Part One of Six Parts: Credit As A Public Utility: The Solution to the Economic Crisis

“Our Early Political Leaders Warned Us Against the Banking Interests”


Summary: Early U.S. statesmen, such as Benjamin Franklin, Thomas Jefferson, James Madison, and Andrew Jackson worked to free the nation from control by the bankers who had been behind the establishment of the First and Second Banks of the United States. During the Civil War, President Abraham Lincoln implemented a true democratic currency by spending Greenbacks directly into circulation without borrowing from the banks. These measures allowed the U.S. to develop for much of the 19th century largely free from bankers’ control. By the end of the century, this had changed, and the bankers were taking over.

It's pure propaganda and politics.

"In searching for a new enemy to unite us, we came up with the idea that pollution, the threat of global warming, water shortages, famine and the like would fit the bill ... All these dangers are caused by human intervention and it is only through changed attitudes and behaviour that they can be overcome. The real enemy, then, is humanity itself."

Following is a translation of a short selection from Gottfried Feder’s KAMPF GEGEN DIE HOCHFINANZ (The Struggle Against Globalism), published in Munich in 1933.
Written in 1921 by the “German Federation to Abolish Interest Slavery” in conjunction with public debates on the economic crisis of those days, this selection is a summarizaion of DAS MANIFEST ZUR BRECHUNG DER ZINSKNECHTSCHAFT (Manifesto for the Abolition of Interest Slavery) which Feder had written in 1919.

(Public debate on critical issues – what a novel idea!!)

Apparently these items were never translated into English. Today Feder’s work is attracting renewed interest because of parallells between the present economic crisis and that of 85 years ago.
Feder was an engineer, economist and member of the Reichstag whose ideas helped bring about the National Socialist WIRTSCHAFTSWUNDER (Economic Miracle) of the 1930s.
Adolf Hitler attended Feder’s lectures in Munich while recuperating from war wounds.
In MEIN KAMPF he credits these lectures with enabling him to comprehend the global crisis of his time.

••••••••••••••••
Presented in Public Debate in Wagner Hall, Munich,
11 April 1921
The German Federation for the Abolition of Interest Slavery, hereinafter called “The Federation,” demands the following:

1) We demand the nationwide discontinuation of interest payments, which is nothing more than robbery of the nation on behalf of global finance.

(3) We demand nationalization of all those banks that no longer perform their valid socioeconomic task of facilitating the circulation, movement and transfer of money.
Those banks have ruthlessly taken command of our economic life.
They are extorting tribute from the productive sector of our economy in the form of ever-increasing interest.

4) We demand adequate compensation for the devaluation of savings on behalf of small pensioners.
The devaluation that resulted from the government’s finance and tax policies has ruined everyone.

5) We demand specifically that the economic independence and future of Bavaria not be jeopardized by the assignment of our priceless natural resource, waterpower, to private finance capital.

6) We demand that the State undertake the development of water resources by utilizing our own labor resources.
The State should create the necessary monetary instruments through its own financial authority.
These instruments will be covered by income from the power plants that are built.

7) We demand that the State use its national assets and taxing power for productive undertakings, not to provide necessary collateral for borrowing money.

8) We demand restrictions on the raising of capital by corporations.
Joint stock corporations should use their profits to increase their productive capacity and nothing else.
They should not be allowed to pay unprecedented dividends while at the same time assuming unprecedented debt.
These massive amounts of new (borrowed) money represent more debt, demanding additional interest that can only lead to increased inflation

The Federation rejects the imputation that its demands are “utopian” and “designed to spread unrest among the people.”
The recovery of our national economy can be achieved only by discontinuing national debt service, is vitally important for everyone.
Therefore, it is not “utopian.”
Whatever public unrest exists is created by the opponents of economic recovery and by no one else.
It is true that individual selfish interests will harmed here and there, but discontinuation of interest payments is a necessary act that can no more be avoided than can a life-saving operation be avoided on account of the associated discomfort.

The Federation insists that the national economic crisis demands a solution!
The havoc wreaked by our financial policies is affecting the entire nation!
These failed policies aggravate all our social problems.
At present, our government cannot satisy the private need for credit.
An effective program would entail a complete abolition of interest, for which there is historical precedent.
At present, interest rates are left to the unrestricted demand of the lenders.

A solution to the present crisis can be found only by requiring the lender to share risk as well as profit.
The lender should not receive a blanket guarantee on investment plus other ever-increasing charges plus the constant unearned growth of wealth through fixed interest.

The Federation proposes the liberation of all Western nations from their stupendous indebtedness.
The abolition of interest slavery is the necessary prerequisite for the solution of ever country’s crisis, not just Germany’s crisis.
We have proposed a plan to end the titanic struggle now raging between Labor and Capital in favor of the freedom to work and produce.
Our plan shows how to accomplish this without undermining the acquisition of wealth through individual effort, industriousness and intellectual achievement.

Only by abolishing interest slavery can Germany achieve reconciliation in a nation torn by class conflict.
It can be achieved only by putting an end to the unearned income that is derived from the possession of money.
Our greatest social task is the abolition of interest slavery.
This responsibility to abolish interest slavery towers above all other issues of the day.
It is the only solution to the greatest problem of our time.

The abolition of interest slavery will deliver us from global Capitalist domination.
It will accomplish this while avoiding both Communist destruction of the human spirit and Capitalist degradation of labor.
The abolition of interest slavery opens the way to a truly social economy, by liberating us from the overwhelming domination of money.
It opens the way to a state based on creative work and
genuine accomplishment

Professor Schachtschneider pointed out that it [the European Union reform treaty, a.k.a. the Lisbon Treaty] also reintroduces the death penalty in Europe, which I think is very important, in light of the fact that, especially Italy was trying to abandon the death penalty through the United Nations, forever.

Schachtschneider points to the fact that this is an outrage, because they put it in a footnote of a footnote, and you have to read it, really like a super-expert to find out! 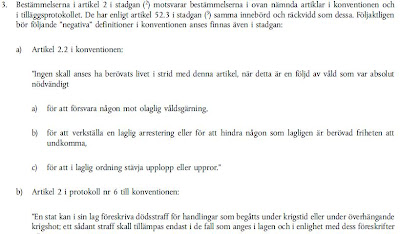 Talking at the World Economic Forum in Davos, Soros confirms what many suspect. Go 3 minutes in to hear him admit the oil price is being manipulated to deliberately undermine the “enemies of the prevailing World Order: Venezuala, Iran and Russia 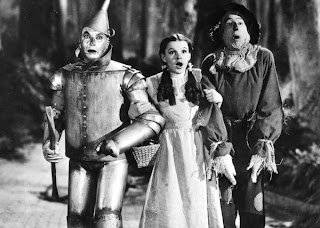 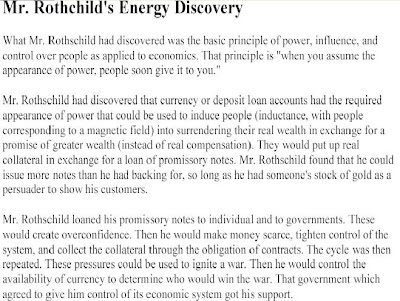 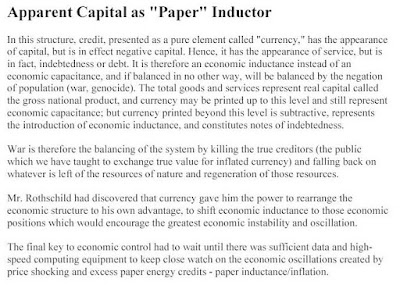 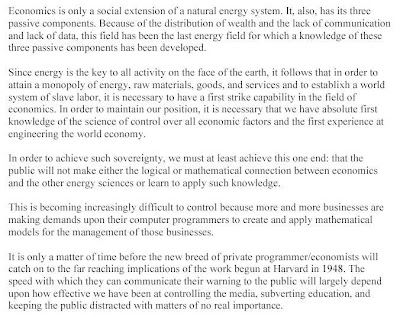 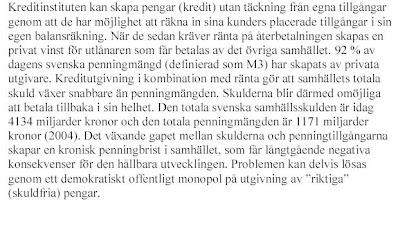